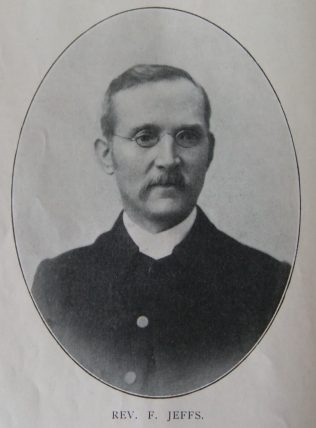 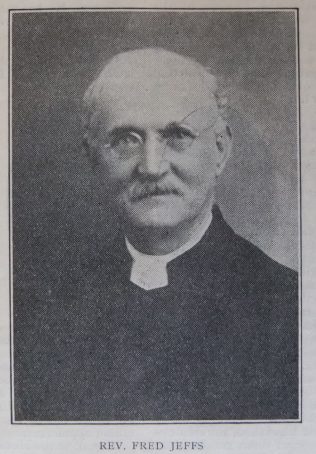 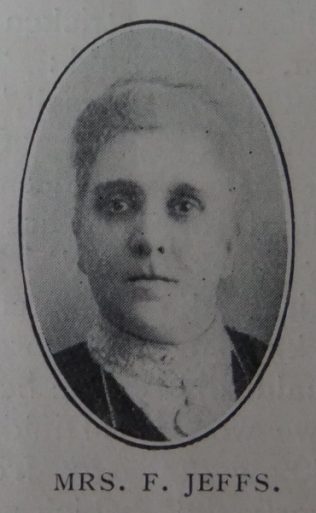 Frederick was born on 27 January 1858 at Hillesden, Buckinghamshire to parents William and Ann. William worked the land.

Both parents were Primitive Methodists. There was no chapel in the village and services were held in the home of the Jeffs family. His mother was at once society steward, class leader, sick visitor, missionary collector, and took appointments sometimes to ‘fill in’.

Frederick was converted at the early age of none and received a ‘note’ to preach when only thirteen. He received his limited education in the village church school and at eleven was sent out to work on the farm.

When fifteen, Frederick moved to Derby. Two years later he was engaged as a hired local preacher at Ashby-de-la-Zouch and a year later entered the ministry.

His obituary records that Frederick was pre-eminently a preacher, with an individuality all of his own. He was slow, deliberate, clear, convincing, appealing alike to the heart and the intellect. He commanded attention and carried conviction.

Outside the pulpit, as in it, his personality was unique and most kindly.