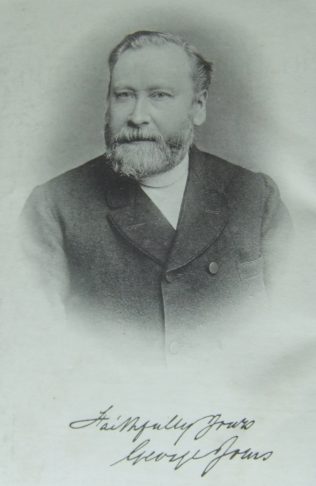 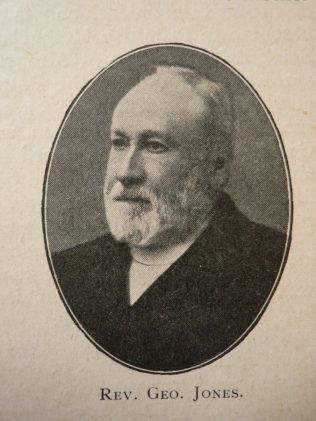 zoom
From James P. Langham, The Tunstall Book, A Souvenir of one Hundred Years of Grace, 1910.

George was born on 6 December 1840 at Kidderminster, Worcestershire to parents Thomas and Ann (not William and Ann– corrected; see below). Thomas was a malterer. Both his parents were connected with the Primitive Methodists in Kidderminster.

George had the advantage of a fairly good education, attending Pearsall and Townsend’s Grammar Schools. Between leaving school and entering the ministry, George worked as a clerk in his father’s business.

He was converted when a boy, but lapsed. When aged about 20 George experienced a deep work of grace in his soul and fully consecrated himself to Christ.

George was a regular examiner of probationers for about six years. He was Secretary of the District Committee Equalisation Fund and the Furnishing Fund Committee.

His obituary records that George was a devout student, and an able minister of the Gospel. His sermons were carefully prepared and delivered with clearness and unction. He was a capable businessman and a wise and sagacious administrator, thoroughly loyal to his colleagues and officials, and a most interesting and cheerful companion.