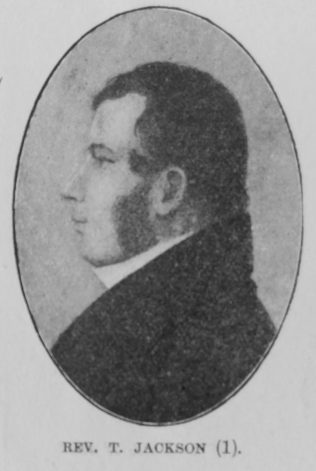 Thomas is referred to in Kendall as an early PM itinerant preacher. He appears preaching (and being put in the stocks) in Cropwell Bishop (Nottinghamshire) in 1817, in Sandbach in 1818 and Belper in 1819.

In July 1834 Thomas, letters in the Cambridge Chronicle dated 18 July 1834 and 2 August 1834, suggest that there had been a rumpus over his preaching at Cambridge Fair. Was this  why he disappears from the stations around that time? Or maybe the size of his family required a more settled occupation.

Thomas appears in later census returns as a town missionary.

He married Maria Hallam on 2 July 1821 at Duffield, Derbyshire.