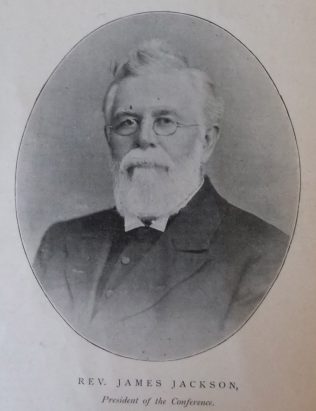 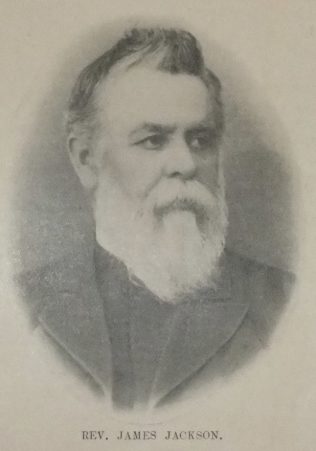 James’ parents were able to provide a good education; elementary school followed by an academy in Manchester. On leaving school, James obtained a position in a commercial enterprise in Manchester.

Whilst in Manchester, James began to attend services at Rosamund St Chapel. It was there he gave his heart to God at a prayer meeting. He became a local preacher at 16 and aged 18 entered the ministry.

James first circuit, Middleham in the Yorkshire Dales, measured 60 miles from end to end. The distances travelled in all weathers must have been challenging!

James had a magnificent voice, a logical mind, and with his logical ability was combined a distinctly brilliant imagination.

As a chairman, James was the master of all the rules of procedure, and whilst kind and courteous, could always maintain his command over the assembly over which he had been called to preside.

In the period 1875-1883 James was laid aside through an affection of the throat causing a total loss of voice.

James was Treasurer of the Itinerant Preachers Friendly Society. At the conference in Liverpool in 1888, he was appointed Journal Secretary.

James was President of Conference in 1897 at Manchester.