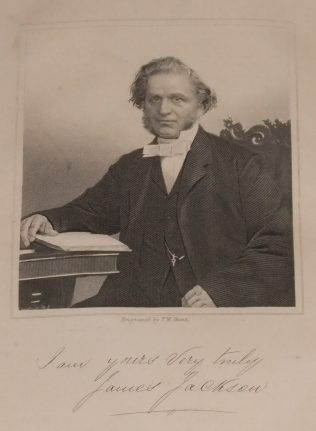 James was born on 24 August 1816 at Hilgay Fen, Norfolk. After a few years at school, James joined his father in agriculture. He was converted in his teens at a prayer meeting in the village chapel. After considerable success as a local preacher he was called into the itineracy.

Follow the link to read about James work in the Saffron Walden mission.

James obituary records that he held his stations well to the end of his ministry, and left them healthy and prosperous.

James married to Lydia Lord (1820-1859) at Cambridge in the summer of 1843. Census returns identify four children.

J Petty, The History of the Primitive Methodist Connexion, 1880, p432

Champion of East Anglia (390 KB Adobe Acrobat document, opens in a new window)
Transcription of article in the Christian Messenger 1915