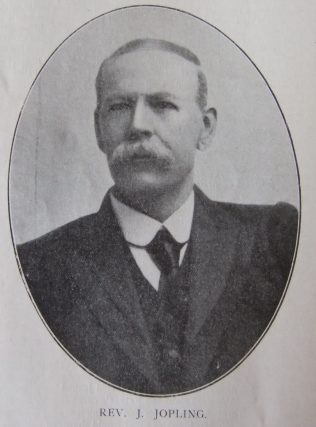 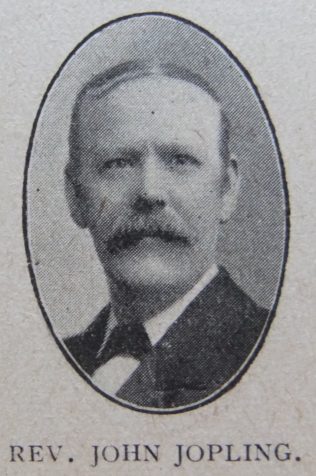 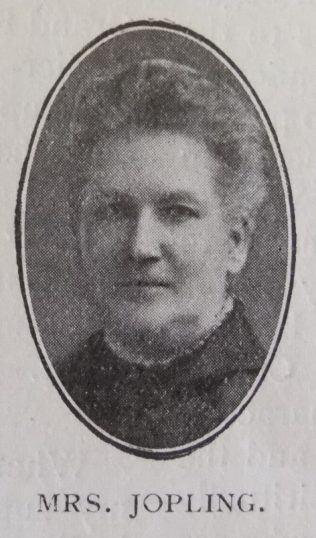 John was born in 1856 at Brancepeth, Co Durham. The greater part of his infancy was spent in East Prussia. On their return to England, the family settled near Crook. John was sent to Pease’s West Elementary School, but in his early teens began work at Stanley Colliery.

John was converted at the age of eighteen through a Wesleyan class meeting, but through family connections he joined the Primitive Methodists at Mount Pleasant. In 1877, John was placed on the Chester-le-Street circuit plan, having moved into that circuit. He was soon called into the ministry.

His obituary records that John’s best contribution to the Church was as a preacher. Sermon making was his glory and joy. He liked the work and it was the master passion of his life. Clothed with a choice vocabulary, they were delivered in a clear and ringing style.

John served as Secretary of the District Building Committee and was a representative to Conference on four occasions.