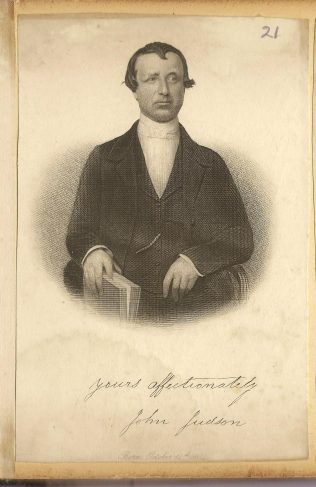 John was born at Scaw Top, Keighley, Yorkshire in 1804.

Kendall reports that in 1824, Keighley was made a Circuit of the Sunderland District. One of the first to open his house for religious services was the father of Rev. J. Judson, who began his more public labours by becoming a hired local preacher in Keighley, his native Circuit.

Most of John’s ministry was carried out in the north west of England, with brief excursions into Ireland and North Wales.