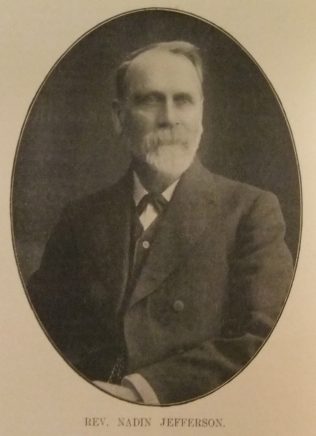 Nadin was born in 1848 at Loughborough. His father, William, was a PM Minister. His mother was also a preacher of note in Nottingham before her marriage.

Most of Nadin’s ministry took place in the towns of Leicester, Sheffield and Hull.

His obituary records that Nadin was a fluent speaker, adopting extempore methods. When speaking to a sympathetic congregation his passion warmed his fluency into eloquence, and many people recall great times that he had when a topic that suited his style had captured his mind.

Business was not much in his line, and though he built churches and manses, and for a while even was made Building Committee Secretary he gave it up with the laughing suggestion that his brethren wanted to kill him.