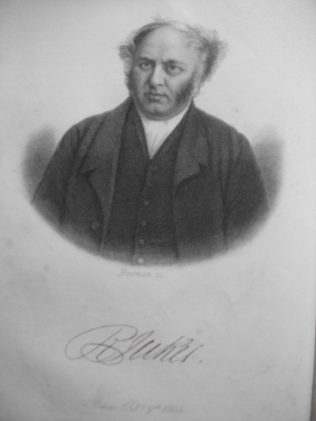 Richard was born on 9 October 1804 at Clunbury, Shrop­shire, Eng­land to parents Richard, a stone mason, and Martha. As a young man, Richard was a practical joker. Just before his conversion, when attending a service, Richard, and a number of other youths, tried to pin peoples clothes together as they listened to the Word of Life.

Richard joined with a Primitive Society in the Ludlow circuit in 1825 and in September of that year went on the plan as an exhorter. He was a stone mason before becoming an itinerant minister.

In 1829, Richard was part of a team missioning in Wiltshire. He visited Aldbourne, where on several occasions he was opposed and his services disturbed by wicked and thoughtless men. On 12 May, he was preaching to a gathering of about 1000, most of whom wished to listen, when he was disturbed by a person who played on a tambourine and by four young farmers who rode among the congregation in order to disperse them. The following week he was disturbed by a number of drunks.  On 26 May, the clerk of the parish tried to disturb the service, the church bells were rung so vigorously that they were damaged and several people threw eggs at the preacher. Despite this opposition a society was formed and a barn was obtained for a place of worship.

Richard was known as the ‘Bard of the Poor’.

Jonathan Ireland tells of a street singer, with a handful of printed hymn he had been singing and selling, who said of the famous author of My heart is fixed, Eternal God: ‘Your Jukes has been a good friend to us street singers; I have sung lots of his hymns and made many a bright shilling thereby. People generally would rather hear a nice hymn sung than a foolish song, and his hymns were full of sympathy and life… I will always think well of Jukes.’

His bi­o­graphy, The poet of the million; or, memorials of the life and labours of the late Rev. Richard Jukes, by James Pritch­ard, ap­peared in 1867.

The writer of his obituary records; ‘As a preacher Mr Jukes was quite original, imitating no-one, and it would be no easy task for anyone to have imitated him. He had a way of his own, which was generally acceptable to his hearers, whether learned or illiterate. He was plain, often pointed, but always pleasant, persuasive and sometimes powerful.’

My heart is fixed, eternal God,
Fixed on Thee
And my immortal choice us made
Christ for me.
He is my Prophet, Priest, and King,
Who did for me salvation bring;
And while I’ve breath I mean to sing:
Christ for me.

Other hymns include:
I’m a Sol­dier Bound for Glory
Behold! Behold the Lamb of God
With Steady Pace the Pilgrim Moves

J Petty, The History of the Primitive Methodist Connexion, 1880, p263ff

H B Kendall, Origin and History of the PM Church, vol 2, p33