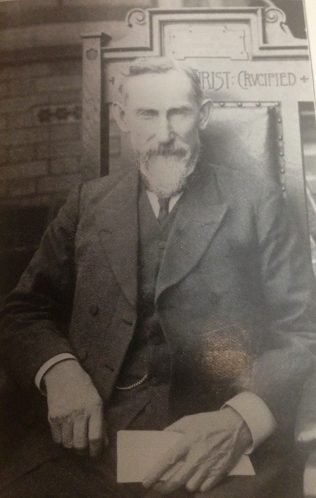 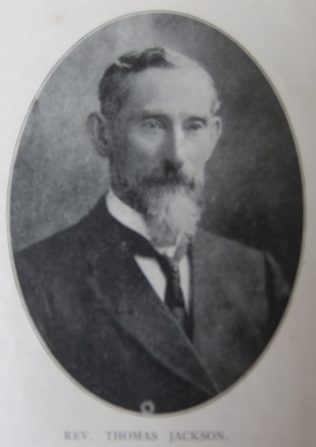 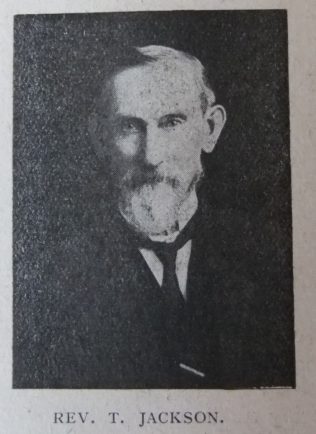 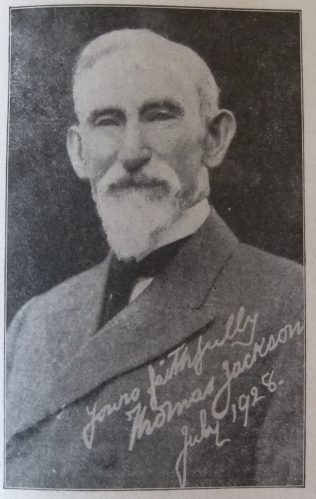 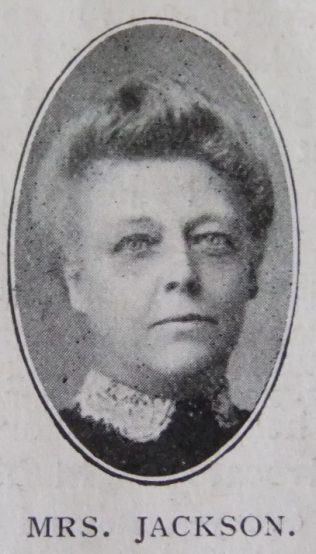 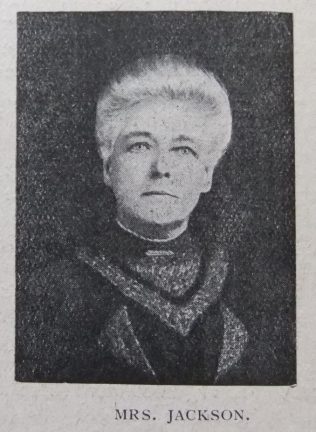 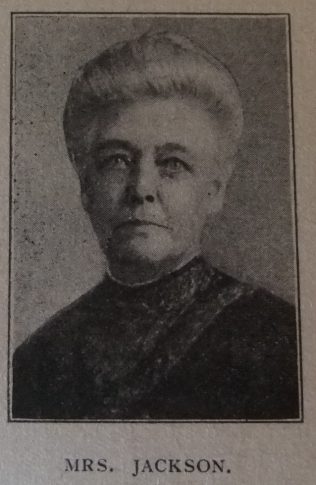 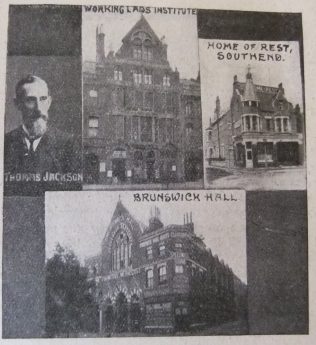 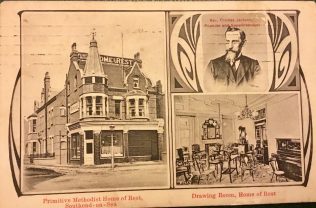 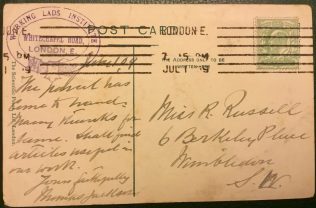 Thomas was born on 16 October 1850 at Belper, Derbyshire to parents Joseph and Sarah. Joseph was a nailmaker at the time of the 1861 census.

Thomas was a mischievous youth. He was wanted by the Derbyshire police for some juvenile prank when he fled to Sheffield. The call of Christ came to him after a sermon by Rev R Robinson. Conversion spelt self-education; the first book purchased was Linley Murray’s ‘Grammar’. Sheffield made him a home missionary, for his flaming zeal could not but express itself in service. Then came the call to the ministry and to London.

The 1871 census identifies Thomas as an iron-worker at Attercliffe, Sheffield.

Thomas became well-known for his genius in creating a variety of agencies for the social redemption of the lapsed masses. He did not simply pity humanity he went out to save it. He fed the hungry, clothed the naked, housed the homeless, ministered to the sick and comforted the dying.

In his first appointment at Walthamstow, Thomas commenced with an old disused Independent chapel and a congregation of three; he succeeded in raising up four societies with Sunday School and Temperance organisations, erecting three new chapels, and rendering service to the poor which received generous and widespread commendation.

In opening the Clapton Mission, Thomas transformed a dilapidated old theatre into a temple, and after twelve months was able to report a dfully organised church with over a hundred members and over one thousand adherents. Chapels were erected at Clapton park and Southwold Road, costing £4,000, all of which was raised. In connection with the Medical Mission, a Home of Rest was opened at Southend on Sea, and out of that grew the Southend Mission.

A long-delayed opening of a Mission in Whitechapel became practicable when in 1897, wholly on Thomas’ initiative and in face of considerable opposition the Working Lads Institute was purchased. The results at Whitechapel included a church of over two hundred members gathered from the slums and common lodging houses, four hundred scholars, one of the largest women’s meetings in East London, a network of philanthropic ministries, and freehold property worth £35,000. The mission provided meals for starving children, suppers for homeless men and a place of shelter.

In Whitechapel he was known as an energetic Poor Law Guardian, public trustee, school manager and chairman of the Liberal Association.

Thomas was President of Conference in 1912. In the photograph on this page he is sitting on the President’s Chair, which is now at Englesea Brook Museum.