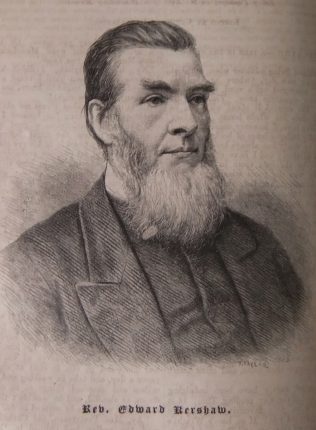 Edward was born in 1832 at Calderbrook, Lancashire.

Edward was converted at a comparatively young age and was admitted to the Shore Society in Rochdale through the ministry of Robert Kaye. He became a local preacher and later became a hired local preacher in the Rochdale circuit.

Edward’s obituary records that in his circuits he was much respected for his patient industry, plodding perseverance and unostentatious service.

He had few privileges in early life, hence most of his knowledge was self-acquired, yet by dint of perseverance he became, if not a brilliant, yet a useful minister of the Gospel of Christ.