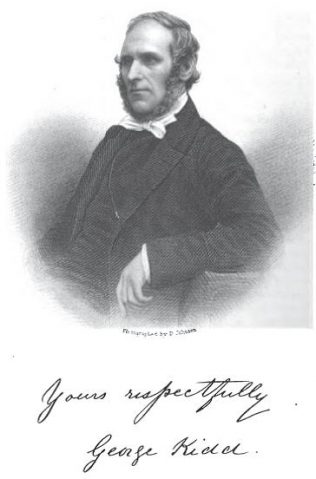 George was born on 28 October 1813 at Donoughmore, Cork, Ireland.

A tale of a Travelling Preacher

In the Primitive Methodist Magazine of 1838, George wrote of an incident that for him asserted the providence of God. He was on his way to an appointment when a large dog drew close. He couldn’t shake the dog off. About four miles later, dog still at his side, he came across two men. The dog ensured he passed safely. A further two miles up the road,  he came across another large dog that was usually chained up. Again the dog saw George past the danger. The dog left him 50 yards up the road!