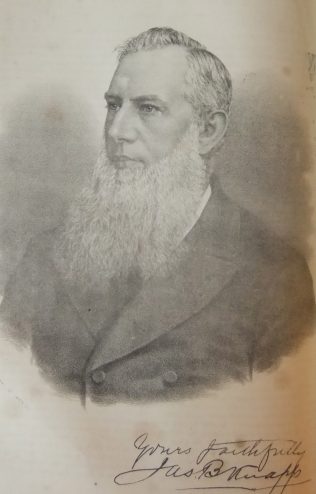 James was born on 16 May 1834 at Startley, Wiltshire to parents Charles and Mary. Charles was a yeoman farmer.

James suffered educationally from clerical domineering – the village cleric was the sovereign arbiter of village education when John was young.

James was led to faith through the ministry of George Warner.

During his period of office the Bookroom moved to new premises in Aldersgate Street.