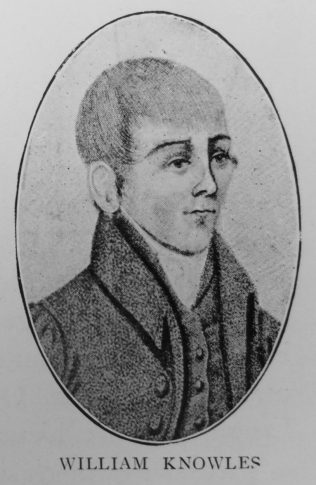 The Primitive Methodist Magazine published an extract of William’s Journal of 1828 when he was appointed to Liverpool Circuit. A transcript is attached.

William one of four missionaries sent from UK to America in 1829. The Magazine of 1830 published two short letters and report of a chapel opening in New York. A transcription is attached.

Two further reports of his American Mission were published in the 1832 Magazine. Transcriptions are attached. They describe activities in the vicinity of Cincinnati.

From his journal extracts, he married, and his wife was also an active and effective preacher. They had at least on child.

J Petty, The History of the Primitive Methodist Connexion, 1880, p308