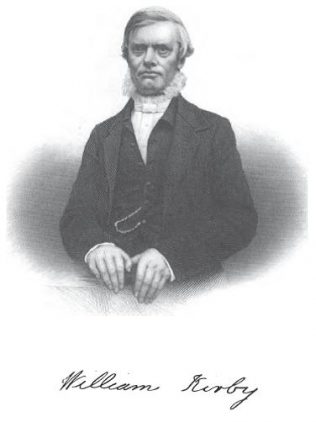 William was born on 31 August 1808 at South Wootton, Norfolk to parents Dennis Kirby and Keziah Garner. He was baptised on 4 September 1808 at South Wootton. Dennis was a Wesleyan local preacher. On moving to Kings Lynn, William’s mother joined with the Primitive Methodist society. By the age of 17, William had become a ‘trial’ to his parents. He went out of curiosity to hear a female preacher with his mother and had his conversion experience.

On the day of his his conversion he is recorded as saying; ‘Mother, burn that cricket bat of mine, do burn it, for I have so often broken the Sabbath playing with that; I must have it burned, then it will never tempt me to break the Sabbath again.’

Following his conversion, William soon became a succesful local preacher and in 1834 started as an itinerant preacher. he spent the whole of his ministry in the Norfolk District but is particularly remembered for being the father of Primitive Methodism in Peterborough where he was sent on mission when he first became an itinerant.

William died on 1 May 1882 at Soham, Cambridgeshire.