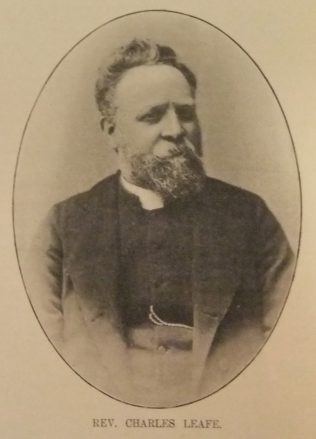 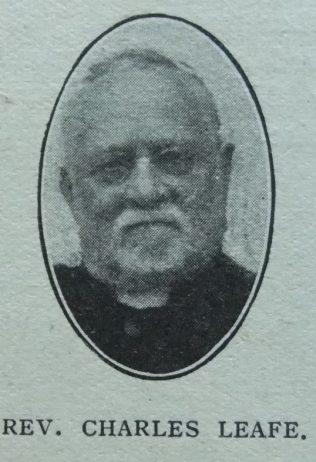 Charles was born on 5 December 1845 at Woodborough, nr Nottingham, Nottinghamshire.

Charles was converted through Sunday School at the age of fourteen. In the following year his name appeared on the plan. Prior to entering circuit ministry, Charles spent a year as one of the first students in the Sunderland Institute.

Whilst at Gainsborough over two periods totalling eight years, Charles was able to double both circuit income and membership. A fine new chapel and premises were erected during his first term.

His obituary records that in his first circuits, Charles did great evangelistic work, and many souls were brought into the Kingdom of God; but in later years, largely because of being attached to needy churches, his time and energy were devoted to money raising, of which he became a ‘past master’. The stories and incidents in connection with this work would have made a romance in finance; but the result was thousands of pounds were raised for distressed if not derelict causes.