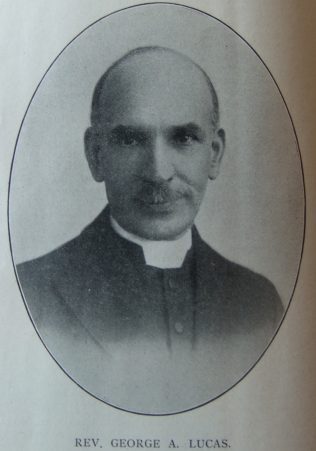 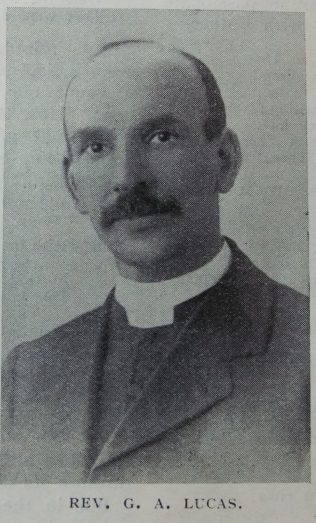 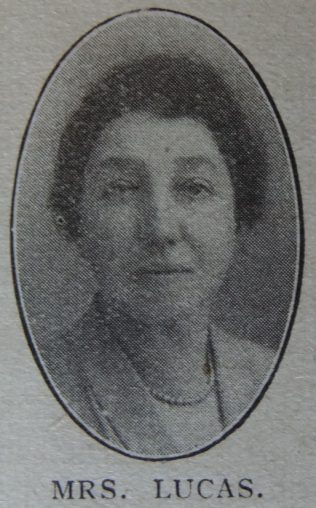 George was born in 1873 at Westminster, London, to parents George and Susannah. George, senior, was a police constable.

George was taken to the Plumstead PM Sunday School from a young age. Later he became teacher of the young men’s Bible class. The call to preach came whilst he was in his teens. At first he declined but later accepted with ‘trembling’.

George trained as a fitter before entering the ministry. He entered Hartley college in 1897.

George served his districts as Secretary of the Sunday School, Christian Endeavour, Missionary and District Committees.

As a supernumerary George served for six years as Methodist Chaplain at Netley Hospital, Southampton, and then for two years as an Active Supernumerary at Bembridge, Isle of Wight, before retiring to Gosport, Hampshire. In 1959 he entered the Methodist Home at Shirley, Croydon.

His obituary records that George was an able preacher, diligent pastor, and keen student, exercising a blessed ministry wherever he went. Always keenly interested in people, he gave himself unreservedly to anyone who needed him.