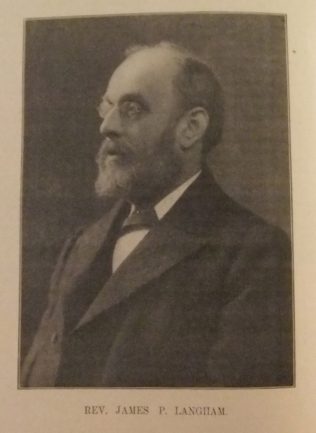 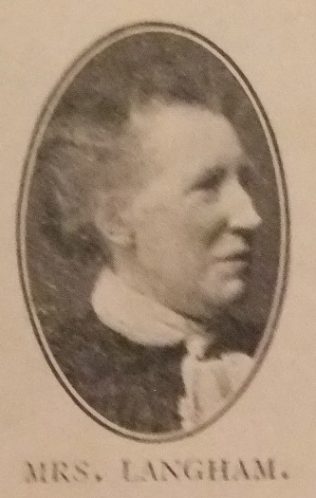 James was born on 9 June 1850 at King’s Lynn, Norfolk to parents James Langham and Ann Peck Hemm. James, senior, was a PM Minister.

James was converted at Baldock when only nine years old. He spent nearly three years as a pupil teacher in the Luton Wesleyan day School, obtaining much scholastic help from the master, Mr J. Manning. When about seventeen, James began to speak in public. He spent a quarter each on note, as prayer leader, exhorter, on trail and full plan before being recommended for the itineracy.

James obituary records that he was one of the greatest preachers of the PM church. He preached authoritatively, originally, experimentally, and evangelically. He was disciplined in his preparation and used Saturday evenings to steep himself in his message and in God.

James was appointed Secretary of Conference in 1897. He delivered the Hartley Lecture in 1915, entitled ‘The Supreme Quest’. He was also Treasurer of the Friendly Society.

After superannuation James assisted his son Samuel until Samuel’s death in 1923.

‘The faithful minster:’ a funeral sermon for the Rev. Jesse Spooner, Primitive Methodist minister, together with a sketch of his life and a portrait in permanent photography , 1878

The Tunstall book: a souvenir of one hundred years of grace

The supreme quest or the nature and practice of mystical religion, 1915