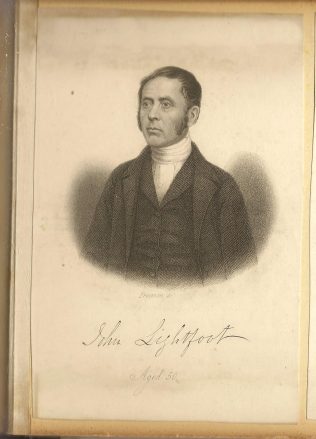 In 1821, he was the leader of two classes in the Wesleyan Church. He entertained John Branfoot when he first visited Newcastle upon Tyne in 1821. Having heard the preaching of John Branfoot,  with Mary Porteus, John became a PM Preacher.

Patterson reports that during the superintendency of John, from 1838, the Hexham circuit sustained three missions—Jedburgh, in Roxburghshire, Morpeth and Rothbury.

The power of faith and prayer exemplified in the life and labours of Mrs. Mary Porteus , 1862.  Follow this link to view the book.

J Petty, The History of the Primitive Methodist Connexion, 1880, p175