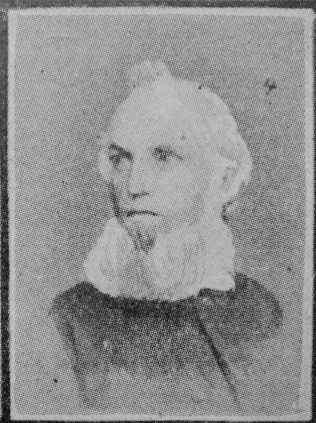 JOSEPH LANGHAM was born at Wigston, Leicester 2nd Station, March, 1827. His father died when he was but two years old, hence his training, &c., devolved upon his mother, a godly woman and a member of our church at Wigston. At the age of seventeen he gave his heart to God and united with our people. After having laboured as a local preacher for some time in the Leicester Circuit, he was called into the ministry by the Tunstall Circuit in the year 1849. Here he spent two happy and successful years, after which he travelled at Wrockwardine Wood, Birmingham, Minsterly, and Dawley.

Whilst labouring at Dawley he was requested by the General Missionary Committee to go to Launceston, Tasmania, and after much consideration and prayer he consented. He left England February 19th, 1859, and arrived at Launceston, June 16th of the same year. He immediately set to work, did a great amount of missioning, and succeeded in establishing Primitive Methodism on a firm basis in the Island. He subsequently travelled on the following stations, namely, Melbourne, Bendigo, Geelong, Melbourne Second, Penguin, and Longford. During the time he was at Longford his health gave way, and he had to seek for superannuation, which the Conference of 1875 granted.

He laboured hard and successfully for the cause of God in these lands, and many will be the crown of his rejoicing. We visited him frequently during his last illness, and found that that Saviour he had preached to others was his Saviour, and that he was going to Him. His warfare is over; his labours are finished; the warrior and labourer rests from all, for he peacefully passed away to Jesus on Thursday, August 9th, 1883, aged 56 years.

He married Eliza Owen (1831-1891) in the summer of 1854 at Wellington, Shropshire. Birth records identify six children.