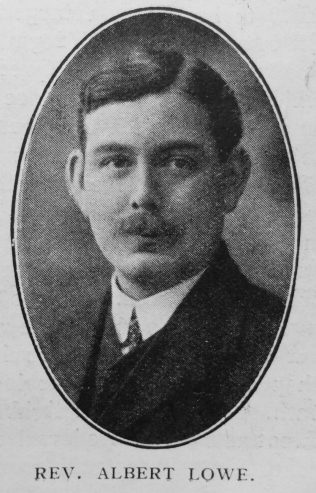 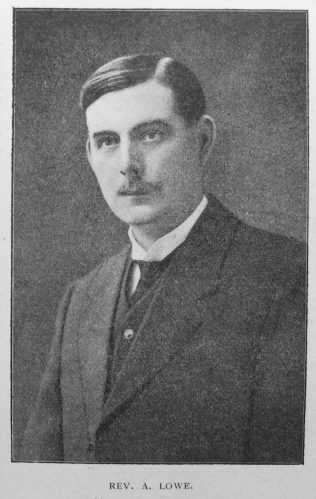 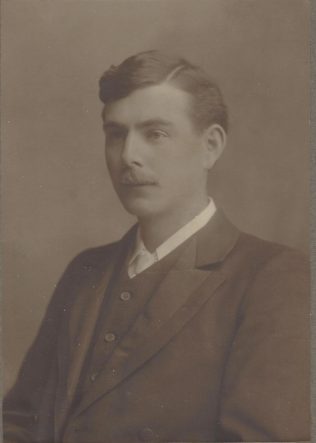 ALBERT LOWE: born at Darlaston in 1878 and trained at Hartley College. He entered the Ministry of the Primitive Methodist Church in 1900. He won early distinction, and for many years was recognised as one of the most gifted and successful ministers of the Church. He was a man of many gifts, and he exercised them to the full. He was an effective preacher, a powerful platform speaker, a capable administrator, a greatly beloved friend and pastor.

A man of devout spirit, he obviously lived in fellowship with God and in communion with the saints and mystics whose writings he knew by heart. He was an earnest and convinced Methodist and an ardent Free Churchman. He firmly believed and proclaimed that the Evangelical Faith is sufficient for all human needs. His wide social sympathies, his genius for friendliness with all sorts and conditions of men, his eagerness to alleviate the sufferings of the unemployed, led him to engage in all forms of philanthropic activity—a work for which he possessed unique qualifications.

A brother greatly beloved, he was called to higher service on November 15, 1934.

Albert was born in 1878 at Darlaston, Staffordshire, to parents William, a coal miner, and Sarah.