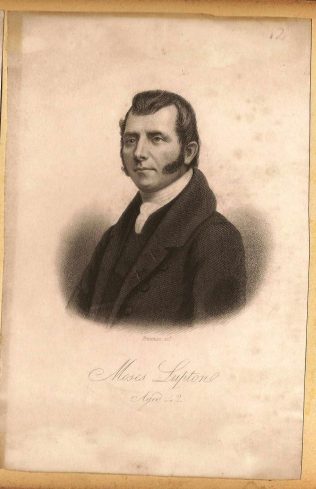 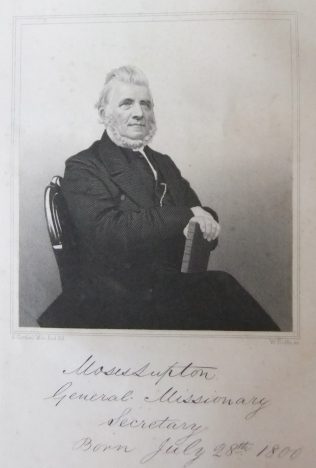 Moses was born on 28 July 1800 in Ripon. His parents attend the local parish church.

Moses and William Rumfitt, one of his earliest friends started to attend a class about the same time. Moses remained with the Wesleyans for about two years. However, he was converted when William Clowes preached at Ripon for the first time on 4 March 1820 and joined the Primitive Methodists. Moses was soon on the preachers plan and his route into ministry was through supplying for an itinerant in his own circuit.

The time Moses spent in North Shields and Hexham in the 1840’s is referenced in Patterson.

When superannuated, Moses moved to Sunderland where he was Secretary of Examiners at the Sunderland Institute.

From 1828 to 1866 Moses recorded an increase of 1560 members on his stations. He also travelled an average of 3,000 miles by foot each year, preached some six sermons per week and made on average 30 family visits per week.

The pre-existent glory and abasement of the Saviour set forth in a Sermon, 1835 ( preached by Moses Lupton at the Mechanics Institute in Glasgow)

Moses married Mary (1805-1889). She was born in Ripon They had five children identified in census returns.

H B Kendall, Origin and History of the PM Church, vol 2, p81