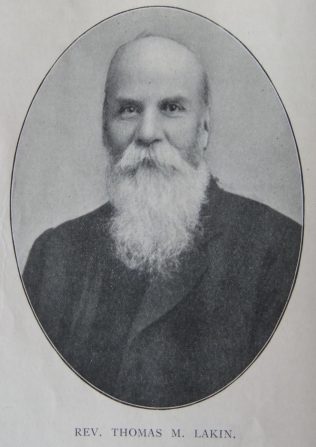 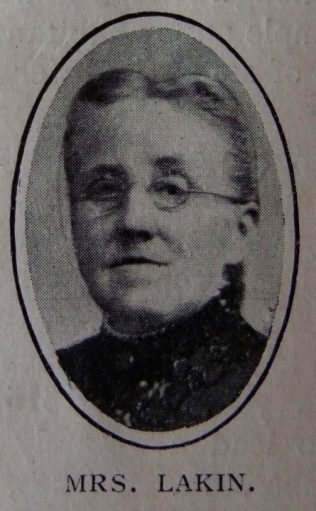 Thomas was born on 16 July 1850 at Newhall, nr Burton on Trent, Derbyshire.

Thomas began work in a brickyard at the age of nine and the following year went to work in a coal mine. Thomas attended night school to improve his education, and after becoming a member of the Church when about twenty, he put himself under private tuition with the village schoolmaster. Soon after becoming a Church member, Thomas was appointed as a local preacher.

After his time at Frome and Radstock, Thomas accepted a call to be superintendent of the Sailors’ Mission in Swansea, still retaining membership of the PM Church. After three and half years he re-applied to Conference for stationing within the PM Church.

While at Worthing, Thomas built a new church and school in the centre of the town. Unfortunately, on completion of the new buildings, a typhoid epidemic broke out, resulting in thirteen hundred cases and three hundred deaths. Thomas had five cases in his own family and his eldest son died.

His obituary records that Thomas was an able minister of the New Testament. As a pastor he excelled, and was always welcome in the homes of the people. He thoroughly and conscientiously attended to the minutest details of his circuit work.

In July 1915, he went to the Chinnor station very much exhausted by his strenuous services at Blandford as circuit minister and military chaplain. He hoped that the change of air would restore his health and vigour. This proved not to be the case as, in November 1915, he was struck down by a malignant ailment.