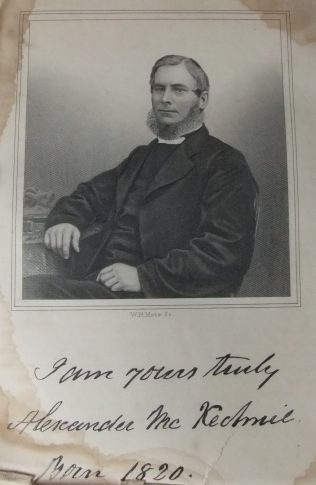 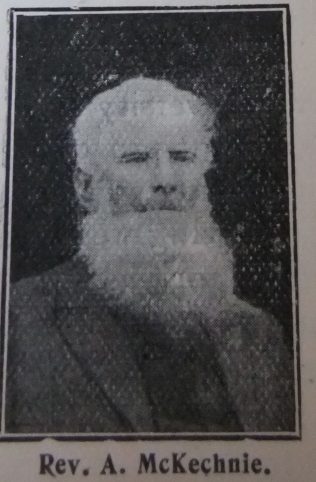 Alexander was born in 1820 at Johnstone, nr Paisley, Scotland. He was educated through attending day schools, evening classes and the Mechanics Institute. Alexander was converted at the age of 17.

Initially Alexander was a member of the Relief Presbyterian Church. Study of the bible led him to reject the somewhat severe Calvinism of his church and accept a wider interpretation of the scriptures. Alexander joined the Paisley Primitive Methodists when they missioned Johnstone. After a short time as a local preacher, Alexander entered the ministry.

Alexander’s obituary records that he was a man of distinct individuality, racy and terse in speech, vigorous in thought, clear in judgement.

J F Parrish writes; ‘He was unmoved by fear or favour, it was impossible by threats to intimidate him or by flattery to seduce him. Having once become convinced that a certain course was right and proper, he would pursue it to the end. The wisdom of his judgement might be questioned, but his integrity and uprightness were apparent to all.’