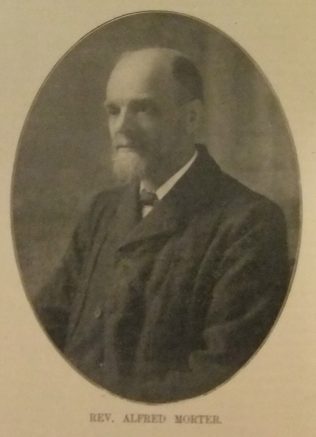 Alfred was born in 1848 at Pulham Market, Norfolk to parents William and Lucy. William was a local preacher and class leader. He earned his living as a shoemaker.

Before entering the ministry, Alfred worked as a lawyer’s clerk where he gained a sound business training that would be useful in ministerial life.

For ten years, Alfred served as Secretary of the Eastern Counties Ministerial Association. He spent three years as Sunday School Secretary in the Lynn and Cambridge District.

His obituary records that Alfred was never robust, but was capable of great endurance, walking as many as one hundred miles a week to his appointments. He was always a great inspiration to all who strive against adverse circumstances. He was a man of restless energy and active mind, a winsome evangelist and an able administrator.