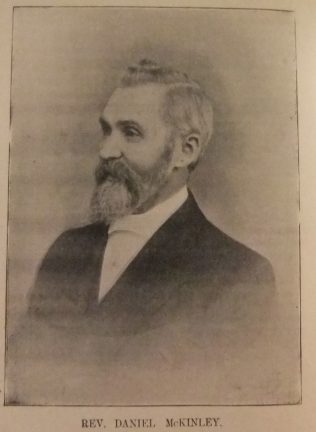 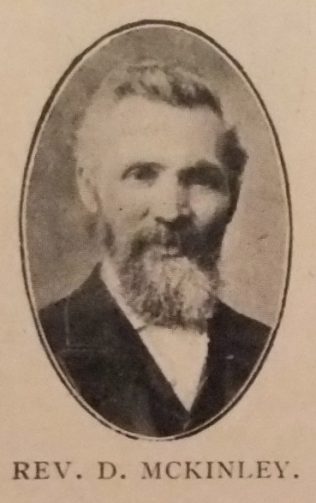 Daniel was born on 23 January 1844 at Campbelltown, Argyleshire. His mother died when Daniel was very young. At the age of ten he was employed as a pit lad at Netherton Colliery, Northumberland.

On moving to Northumberland, Daniel became a pupil of Rev. E.G. Dall, the Presbyterian minister of Bedlington. Daniel’s striving after knowledge was fruitful in the sense that he was able to find employment with Messrs Bainbridge and Co in the upholstery department.

Daniel spent a year at Elmfield College before embarking of circuit work.

Daniel’s first superintendent, in the Newcastle-upon-Tyne circuit, was another Scotsman, Rev Colin Campbell McKechnie. At Spenymoor, on the first occasion, Daniel also had as a colleague Rev. H.B. Kendall.

Daniel filled at one time or another nearly all District secretary-ships, frequently attended Conference as a delegate and represented his District at the Methodist Ecumenical Conference in Washington in 1891.

His obituary records that he was a lucid, interesting and able preacher of the Word.