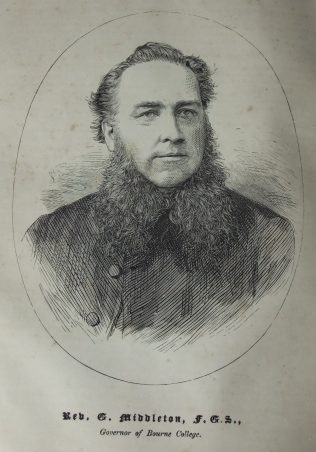 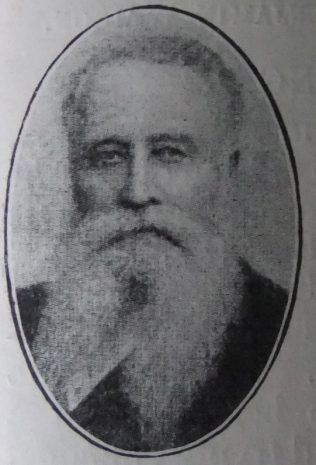 George was born on 6 March 1830 at Smalldale, nr Bradwell, Derbyshire to parents Robert and Clarissa. George was the youngest of nine children. As a boy George worked in the lead mines.

Home life and Sunday School had much to do with helping George to decide for Christ. He served the Lord from his youth. As he developed George was set to work as a teacher, a visitor, a prayer leader, exhorter and finally a local preacher.

His brother Joseph, the oldest in the family was a PM minister. For some time George acted as a ‘curate’ for his brother, who rendered him great assistance with his studies and preparing himself for his own ministry.

George became the first Governor of Bourne College in 1878, a post in which he combined the duties of chaplain, bursar, caretaker and general handyman. The location of the college was chosen, according to his inaugural speech, for one prime reason – students would have plenty of fresh and pure water, and would be removed from the temptations of town life, which would form one of the greatest encouragements to their parents, who were naturally anxious that their sons should be preserved from corrupting associations.

His obituary records that the establishment of Bourne College was the last and crowning work of his life. At one time the difficulties appeared all but insuperable, but he never lost hope and faced and overcame them.

George took an active part in the local government of the parish. He was a useful member of the Parish Council and several times the Chairman. In politics, George was a staunch Liberal.

George married Mary Bywater (1843-1928) in the spring of 1870 at Knighton, Radnorshire. Census returns identify one child.