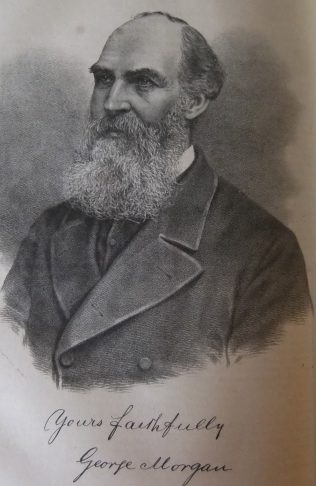 George was born in 1830 at Sandford, Oxfordshire to parents Thomas and Mary. Thomas worked the land.

George was converted aged about 19. His sincerity was soon tested because his employer turned George away as a result of him joining the Primitive Methodists. He soon became a local preacher.

In 1851 George was working as an agricultural labourer.

In his early days as an itinerant, the preachers lived largely among the people and shared the hard fare of the agricultural labourer. At Winchester, in common with others, George suffered much persecution, and was pelted with rotten eggs.

A colleague of that time, Rev James Richards writes in George’s obituary: ‘He was most laborious; no journey was too long for him to travel, and no congregation was too small for him to preach to. He would push through all kinds of weather rather than disappoint the people. He was an earnest, faithful and successful preacher. Those who heard him could not help being convinced of his extraordinary zeal for their salvation. He was most generous and forgiving, and conscientiously discharged the duties of his position.’