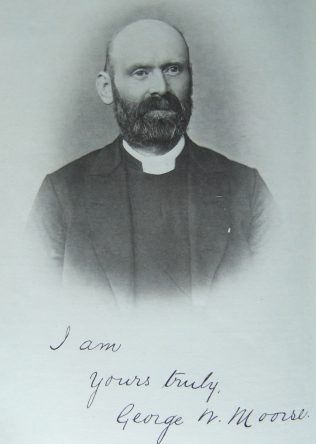 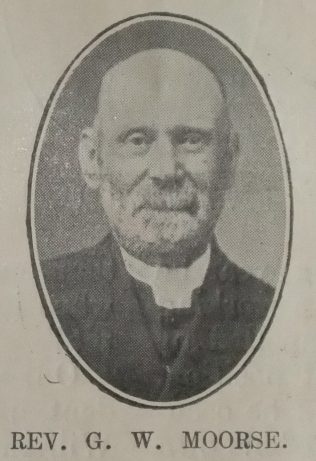 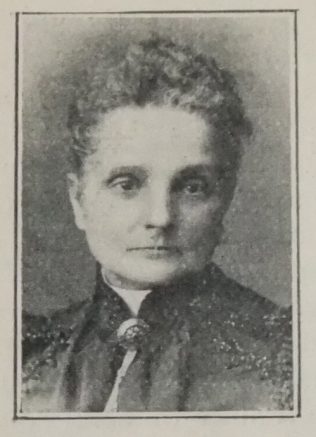 George was born on 26 October 1838 at Poole, Dorset to parents John Moorse and Eliza Pitman. John was a policemen. Both parents attended the Church of England services and George attended the Sunday School. He went on to sing in the choir. George became teetotal early in life.

George was converted through the Primitive Methodists in 1857. Six months after conversion, he went on the plan.

George was a fluent reader in French, could read the Greek testament and had a fair knowledge of music. His style of preaching was mostly topical and expository, and whilst in his topical discourses he was fluent and fervent, it was in his expository ones that he excelled, many of them being exceedingly clear and clever.

His obituary records that he was thoroughly interested in the life and lot of the toilers among whom he laboured, he was invited to address some of the great annual gatherings of the miners. His strong voice and fondness for singing rendered him specially effective in open-air and camp meeting work.

George was one of the invited preachers at the great Commemorative Camp Meeting at Mow Cop in 1907.

George died on 25 June 1908 at Leeds, Yorkshire after an operation.