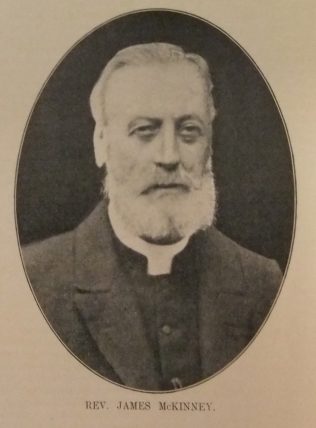 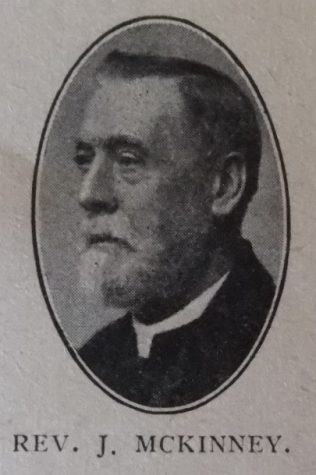 James was born in 1849 in Ireland to parents Francis and Margaret. James was brought up in Scotland where Francis was a printfield worker, i.e a mill worker who printed cloth with dyes and inks (1861).

James was converted at the age of thirteen. Before entering the ministry he worked as a warehouseman at Eastwood, Renfrewshire.

His obituary records that James was tall and sparely built; on the physical side exactly fitted for his task as a minister. The soundness of his judgement, the carefulness of his administration, the thoroughness with which he did his work, made it possible for him to face exacting situations and achieve success.

Most of his ministry was carried out to village Methodism. He superannuated in 1914 and moved to Peterborough until 1921, when he moved to Bridlington.