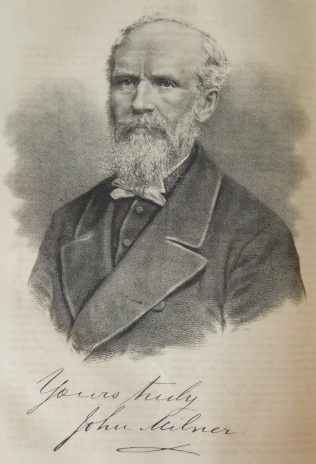 John was born on 28 May 1828 at West Lutton, Yorkshire. Both his parents were Primitive Methodists.

The family removed to York where John was converted among the Primitive Methodists. John worked at Haxby for 7 years and there became a local preacher. John moved back to York until 1856 when he supplied for Isaac Broadbent at Malton. Although John was older than the age rule for candidates for the itineracy, he was strongly recommended and accepted by Conference.

John had little education in his rural upbringing. His obituary records that this lack of education crippled him although his official and ministerial life, and but for it and his extreme modesty and want of self confidence, his clear perception, calm judgement, unquestionable integrity and stores of knowledge would have raised him to a far higher position as a preacher, writer and officer of the Connexion that he attained.

Late in his ministry John moved to the south in the hope that the health of his children may improve. Sadly that was not the case.

John authored ‘Struggles in death; or, scenes I have witnessed, and lessons I have learned when visiting the sick and the dying’, 1869, which describes his diligence in pastoral work.