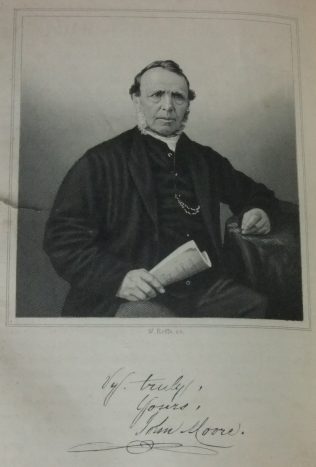 John was born on 16 November 1807 at Motcombe to parents William and Anna. He was converted in November 1826 whilst attending a service at his uncle James Bartley’s farmhouse.

Petty also records that there was a rich outpouring of the Holy Spirit at places in the Wrockwardine Wood circuit where John was superintendent. Further information about this can be found in the article ‘Primitive Methodist Camp Meetings in Shropshire’ by Esther Lenton.

In 1840, John’s health failed and he needed to take a break. He resumed for a short time in 1846 and spent a few months in Brighton. His health failed again and he was not fit again until the mid 1850’s.

See the article ‘To build a Chapel’ about Langley, Essex for further information about John’s work in the Saffron Walden circuit circa 1860.

John’s obituary records that he was a good man, an affectionate husband and father, an indefatigable worker, an efficient superintendent, a strict disciplinarian, a plain, earnest and faithful preacher.