A Patchwork Quilt and its Story 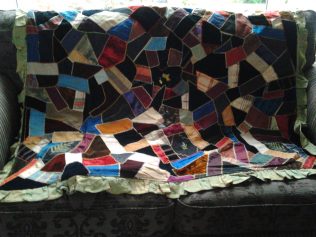 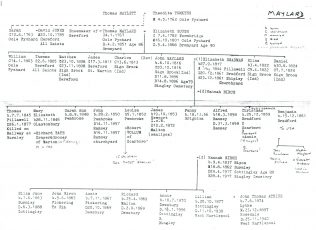 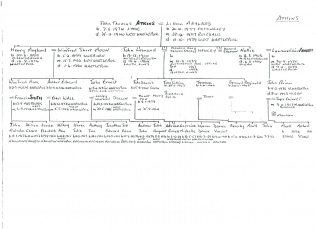 From Prison to Pulpit (by Nora Smith)

John Maylard was born in 1816 in Hereford. He was rather a wild youth and for some misdemeanour, spent several days in the city gaol at Worcester where ‘I… saw the danger of my course of life … I spent much time in prayer…’ At the age of 18, he attended a Primitive Methodist Meeting at which he was converted and the very next morning, preached near the prison in Hereford, not having seen a Preacher’s Plan or having heard of a Circuit Committee. He was soon put ‘on trial’ and then on ‘full plan’ and at the age of 20 years and 1 month, he was accepted into the Ministry.

His first circuit was 40 miles from Hereford which he reached after 2 days’ walking. It was a large circuit where it required many hours of hard walking to reach the many villages and it was often early the next morning that he returned home, footsore, hungry and fatigued. A posting to a circuit did not guarantee a place to stay and after one preaching appointment, he could not find a bed so slept on the forms in the chapel. He wrote in his journal, ‘My life is spent in visiting and wandering from village to village hoping hoping to find an opening for preaching. I have no regular home. I sleep where I can, with no place to study. I cannot get books, food and clothes out of £4 per quarter.’ He frequently preached in the open and on one occasion, a mob made a huge noise with bells and old kettles then pelted him with rotten eggs, dirt and stones and threw him in a ditch. On another occasion, he was rendered unconscious with a stone to the head.

He eventually married but there was no Circuit House so he and his wife had to move into lodgings. Various societies held special efforts which raised £7 so they were able to rent a cottage. His salary was 14s a week, when he got it, and was owed nearly £10 when he left that circuit. Very early one morning, he arrived in another circuit at his lodgings, and on waking the family there, they found that their child had died in the night. In another circuit, he was arrested for preaching in the open air and put in prison, together with a fellow preacher, where they prayed and sang to a large crowd outside, but some hours later they were released by the Mayor.

In 1855, he was posted to Bradford and, except for 2 years in Burnley, remained in Yorkshire for the rest of his life. While in Pickering, 1864-68, he wrote, ‘There are 20 places on the plan and at 15 of them homes are provided and the preachers are expected to remain all night and proceed the following day to the next appointment. All the journeys are taken on foot.’ Seven or eight sermons per week were the average and again, he got the existing chapels out of debt and was instrumental in getting a new one built. In 1860, he was appointed as the first superintendent at Shipley and he remained a superintendent for 14 years. In all, he was sent to 17 different circuits. At the age of 59, he was superannuated and though not in perfect health due to the privations of his early ministry, he continued to preach. From 1977 to 1886, he conducted 100 anniversaries, preached 200 sermons and took various other services. He died aged 79 in 1896 at Cottingley. He was greatly esteemed as a preacher. It was said of him, whilst a local preacher, ‘Few men in the same number of months, have preached more sermons, walked more miles and endured more persecution without fee or human reward, than he’, and during his ministry ‘He preached a plain broad gospel in an outstanding way.’ He was also my great grandfather.

In his retirement, John Maylard made a patchwork quilt, while living in Cottingley, near Bingley in the West Riding of Yorkshire. He died in 1896 aged 79.

The quilt was handed down through the family from Rev John Maylard to his daughter Lillian by 2nd wife Hannah, to Henry Maylard Atkins and then his daughter Nora (sadly recently deceased).

The quilt has now been donated to Englesea Brook Museum, on the behalf of his great-granddaughter (Winifred) Nora Smith (nee Atkins), who was a founder member of Romanby Methodist Church, Northallerton.

Born in 1926 in West Hartlepool to a devout Methodist family. Nora’s mother’s side had been Methodists since at least 1803 and her father’s since 1837 when her great grandfather became a Primitive Methodist minister. From then on, each generation has produced stalwarts of the church. Henry Maylard Atkins was organist in West Hartlepool for 25 years, Nora played the organ at Romanby, Northallerton for 40 years, her 2 younger brothers, Arthur and Ernest were lay ministers and Ernest’s son, Andrew Atkins is currently a minister in Leeds (2014).

Follow these links for an early picture of John Maylard, and more about his ministry; and a later photograph.