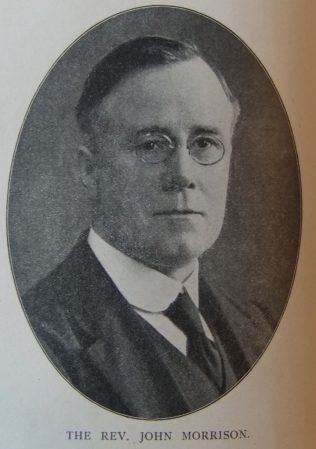 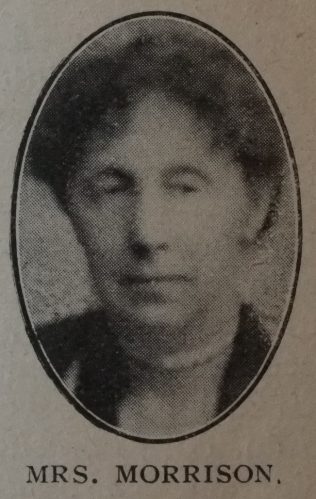 John was born in 1878 at Glasgow, Lanarkshire.

John was nurtured in the United Free Church of Scotland and converted in the PM Church at Shettleston, Glasgow. At nineteen years of age, John accepted charge of the Mossend Church, Motherwell, under Rev A J Campbell. Whilst there he prepared himself for the ministry and was accepted for Hartley College a year later.

John felt he owed his country special service during the war. In 1917 he went to Abbeville as a Y.M.C.A. Hut Leader. During the winters of 1916 and 1917 (while stationed at Belle Vue, Leeds) John worked on the land as a tractor ploughman.

His obituary records that he was a great friend, an able administrator, a man of fine culture and an outstanding preacher of the Gospel. His style was expository and full of brilliant new facets of truth.

His mental outlook was fashioned by Sir Henry Jones, Professor of Moral Philosophy in the University of Glasgow. John had an attractive literary style and his articles – philosophical and otherwise in the Holborn Review and elsewhere – were eagerly read.

John gave much thought and ability into the Organisation of the PM Christian Social Union. Whilst at Darlington crowds of young people gathered to his leadership. He organised and maintained an excellent sports club and a dramatic society.

In 1925, John was stricken with serious illness that required surgery. He made a slow recovery. Sadly in 1930 he was laid low again and within a week had passed away.

John died on 8 March 1930 at Darlington, Co. Durham. He was laid to rest at Nab Wood Cemetery, Shipley.