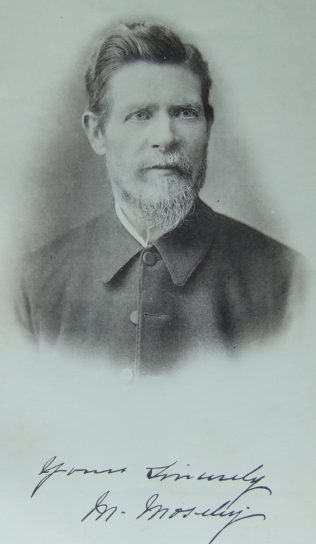 Mark was born on 31 August 1834 at Shelley, nr Huddersfield, Yorkshire. Both parents were Primitive Methodists. The family moved to Clayton West where Mark became a Sunday School Scholar. In 1846 the family moved to Huddersfield. It was here that Mark received a personal blessing from Hugh Bourne. Mark gave himself to God at the age of 18. He soon became a local preacher and was recommended for ministry by the Otley circuit.

Mark received the foundations of his education at the Mechanics Institute, Huddersfield.

Whilst in Ireland Mark worked alongside Thomas Russell and Isaac Nullis. At Ulverston in the Lake District, Mark became superintendent of a new mission. His pioneering work grew into three circuits by 1890.

The 1890 biography records that Mark was an ardent worker in the Temperance Cause, and gave many lectures across the country.