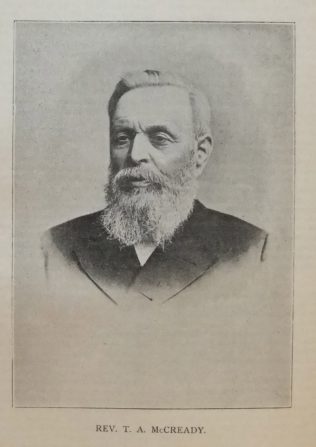 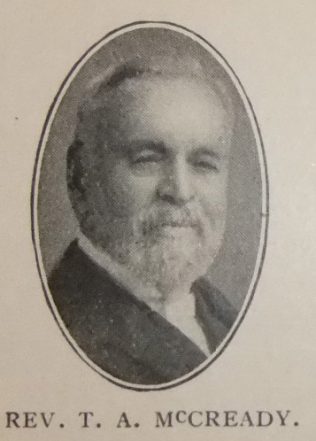 Thomas was born 10 October 1835 at Rathfriland, County Down, Ireland. His father died when he was very young.

Thomas moved to Armagh when aged eleven to learn a trade. Here, he came under the influence of the Wesleyan Church and was converted when about fourteen. Thomas became a class leader and exhorter. He walked miles to tell his fellow countrymen of the grace divine they needed to know. When he was twenty-five, Thomas sought to improve himself by going to school. It was whilst he was at school that he came into contact with the Primitive Methodists. Rev Thomas Russell pressed him for three years before he consented to become a PM Minister.

His obituary records that for thirty-seven years he served in the active ministry. He witnessed hundreds of conversions, built new churches at Ripon and Nuneaton, and raised hundreds of pounds for debt reduction and other schemes.

In doctrine, Thomas was a Methodist Evangelical. None could hear him preach without learning what he must do to be saved. His sermons were well thought out, and were intentionally filled with what he thought would convince the ungodly, and feed with the finest wheat the saints of God.