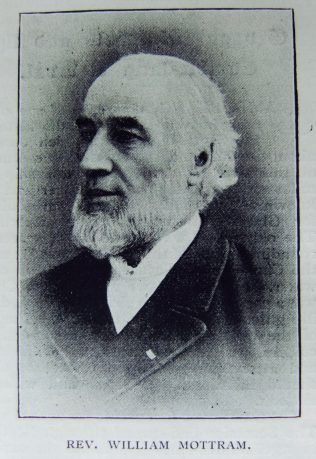 The diary for 1868 of the Rev. William Mottram, minister at the Claremont and Westgate Buildings Primitive Methodist chapels in Bath, and then at the Congregational chapels in Crockerton and Warminster Common is held at the Wiltshire and Swindon History Centre.

William became the Secretary of the Temperance Committee of the Congregational Union.