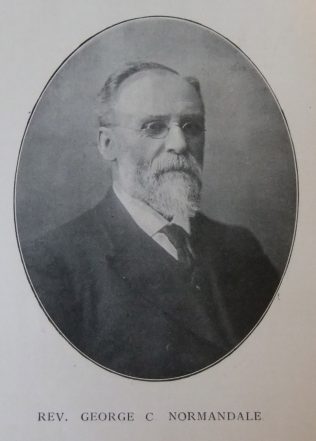 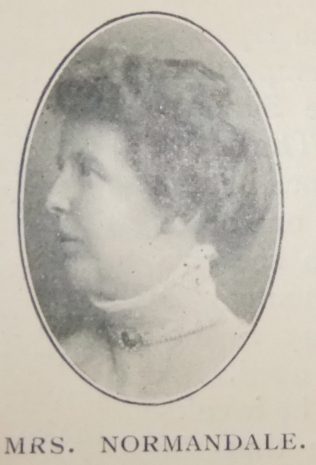 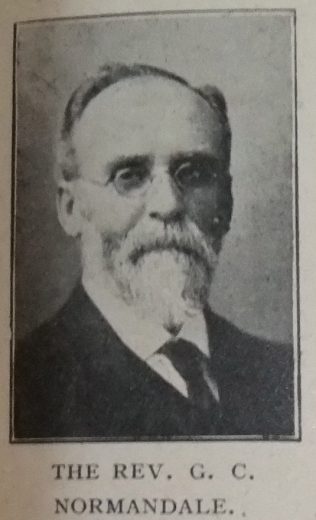 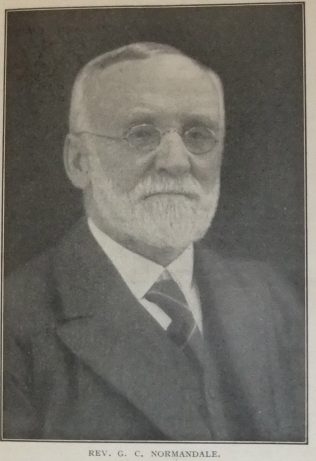 George was born on 23 March 1849 at Keighley, Yorkshire, to parents George Normandale and Mary Ann Oldroyd. George senior was a PM Minister.

George was converted at the age of 12.

At the age of 13, George entered the business of a large builder and contractor. By the age of 23 he had become book-keeper and confidential clerk. The skills developed here were useful in his later ministry.

Prior to attending the Theological College at Sunderland in 1873, George became a hired local preacher at Ripon.

The 1919 article in the Primitive Methodist Magazine records that George had been appointed Treasurer of the Connexional Fund following his superannuation, a post he held for five years.

His obituary records that George’s preaching was broadly evangelical, giving evidence of a cultured mind and heart; his prayers were a benediction to multitudes of men and women who were cheered by his ministry.

Following superannuation, George became Honorary Secretary of the London United Temperance Council. He was also a ‘Visitor of Hospitals’ under the Public Health Department for London.

George’s second wife, Ann, worked in Sunday School, for the Temperance Cause, and for the Young People’s Society of Christian Endeavour (YPSCE).