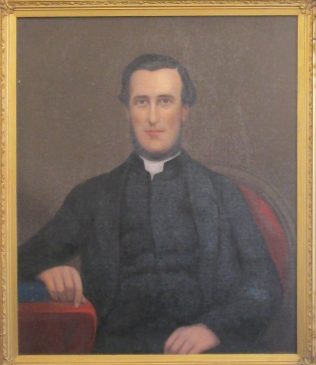 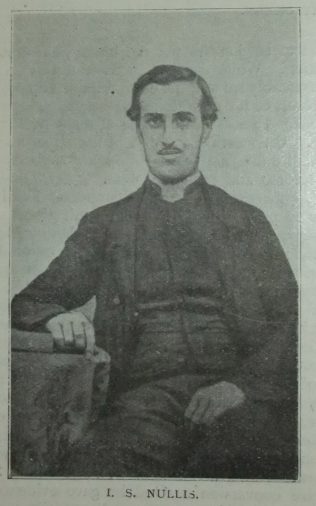 Isaac was born on 9 October 1828 at Ashampstead, Berkshire to parents Isaac Nullis and Mary Pottinger Matthews. Isaac was baptised on 12 October 1828 at Ashampstead. Isaac senior was a tea dealer. In the 1851 census, Isaac is described as a tea merchant. Isaac senior espoused the Primitive Methodist cause when John Ride and his colleagues first missioned the area. He became a local preacher and helped to develop newly formed societies; in particular in advancing money to allow new chapels to be built. The young Isaac therefore came into contact with many of the travelling and local preachers visiting his father’s home.

Isaac was led to God by means of prayer meetings held at the cottage of Mrs Ann Street (also known as Nanny Street) of Quicks Green, near Ashampstead, during the first quarter of 1850. Isaac had just returned home after completing his apprenticeship in a general grocery and provision warehouse in London and was pressed to attend the prayer meetings by George Smith, who went on to become a PM Minister.

Soon after his conversion, Isaac gave evidence of unusual power in prayer and sometimes made appointments to meet his friends at four or five o’clock in the morning for an hour of prayer together. In March 1851, Isaac was brought on to the plan as a prayer leader. In 1852 he progressed to be an exhorter. In December 1853 he became a preacher on trial and was finally a full local preacher in June 1854.

In September 1854, Isaac went to the Brinkworth circuit as a hired local preacher, where he remained until 1856. In October 1857, he went to the London 1st circuit and the following year entered the work of a regular travelling preacher.

When appointed to the St Albans circuit, Isaac had to remain at home in Berkshire due to illness. When he did get to St Albans in the August of 1862, he got wet and caught a violent cold, which prevented him from working and led to his resignation from the ministry.

When he finally recovered, Isaac laboured as a supply in Newbury and London. He then revisited Ireland and went to parts where no Primitive Methodists had previously been. He worked there among the Wesleyans and saw hundreds converted and some remarkable answers to prayer. On returning to England, Isaac went to the Silchester mission, where again he witnessed a mighty outpouring of the Spirit of God. His hard work, day and night, and long periods of fasting, again affected his health and he had to return home in June 1866, where he remained until he died.

Isaac’s father died in January 1868 and Isaac rallied sufficiently to dispose of all his property, often saying that he did not want the devil to have a shilling of his money. Several chapels and circuits received generous donations.

Isaac’s obituary concludes with these words. ‘If life be calculated according to the amount of good a person does, then our dear friend lived long, for he accomplished much for God’s glory. Thus fell one of the most mighty men for faith and prayer that we have known.’

Further information about Isaac can be found in an article by David M Young in the Friends of Willis Museum Newsletter, September 2013.

See also the page on this site.

Isaac died on 8 April 1868 at Bradfield, Berkshire and was buried beside the PM chapel at Quick’s Green.