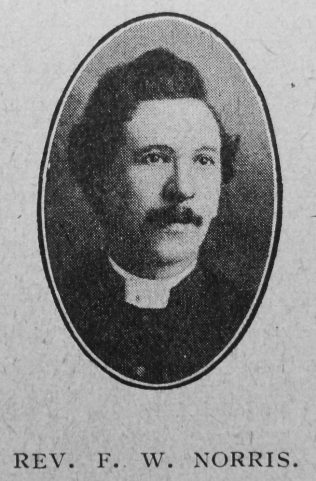 A transcription of the obituary published in the Primitive Methodist Magazine by Joseph Pearce is attached. Pearce writes: “ Highly-strung, sensitive to an unusual degree, built on frail lines, a sufferer from more than one bad breakdown, and with domestic troubles galore, we simply marvel at his achievements. “The utmost for the Highest” might have been his motto as well as that of G.F. Watts, who was one of his favourites. His life in its every aspect certainly illustrated it. Up to date was he in his reading, his preaching—loyal ever to the evangel—had the modern accent and touch, he was anointed with fresh oil, administrative and pastoral work commanded his fullest powers—with all his heart he wrought for God.”

He married Serena (Rennie) North (1857-1907) in the spring of 1887 in the Watford Registration District, Hertfordshire. Census returns identify three children.