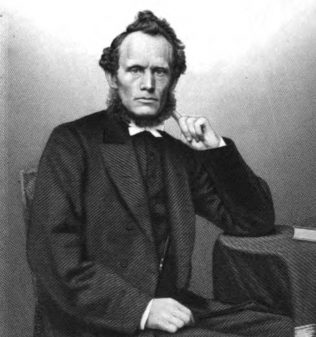 JAMES NORTON was born at Sutton Coldfield, in Warwickshire, of humble but pious parents. His father for many years was a local preacher in connection with the Derby circuit. The subject of this sketch was one of a large family, there being six sons and seven daughters. Our friend was converted when about eleven years of age. He, with several other boys, about his own age, had been under religious impressions for some time; but by the kindly invitation of a female preacher, whom they had gone to hear, they were all led to decide for Christ, and happily the whole of them remained stedfast until death.

Soon after his conversion, Mr. Norton joined our church, and continued a consistent member of the Connexion to the end of his life, never once having a charge brought against him at any official meeting. Not long after he had joined the Connexion he became a teacher in the Darley Abbey church Sunday school, and remained such until he entered the ranks of our regular ministry; and having now become a local preacher, the good and pious clergyman arranged, ‘when he was planned away from home,’ for some other person to take his class.

When in the Leicester circuit he married Miss Charlotte Shaw, of Darley Abbey, which proved to be a very happy union, though a somewhat short one, for God called her away from her husband and daughter after 16 years. Our brother never married again, but continued a widower over 31 years. He was much respected in the Nottingham District, where he spent the whole of his active ministerial life; and for his genial spirit and useful service to the church he will be long remembered. About eight years ago he came to reside at Ambergate, in the Belper circuit, and joined our Fritchley society, and took a lively interest in all matters that pertained to the welfare of the church, becoming a class leader, and in later years the treasurer for the chapel; but through bodily weakness he was not able to take more than an occasional preaching service.

His last illness was prolonged about six weeks; but as the end drew near he felt safe as he leaned his weakness upon the strength of Him whose love he had so often spoken, and the Gospel he had preached to others he found sufficient in his pain and weariness; and the presence of the living Christ made the dark valley to be but as the shadow of death. He quietly passed away on Saturday evening, August 5th, 1893. His body was interred in the Heage Parish Churchyard on the following Wednesday afternoon. He leaves two married daughters to mourn over his departure, but with an assured hope of a blissful re-union.

The Rev. J. Wenn, General Committee Secretary, an old friend of Brother Norton’s, in writing to the daughters, says: ‘Having personally known you and your father, I naturally feel more than my fellows the loss of James Norton’s gentle presence, but the time is short and we shall all soon go home.’

The Rev. W. Cutts also writes: ‘I have known Mr. Norton for fully forty-seven years, and during the whole of that time he maintained a truly Christian character, and was dearly loved in all the circuits in which he travelled.’

The end has come and found him ready to enter into a ‘higher service.’ Our friend has gone to join many an old comrade, who had already crossed the flood. A memorial service was conducted in our Fritchley chapel by the writer on Sunday evening, October 1st.