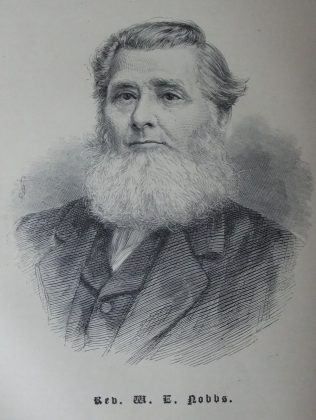 William was born in 1824 at Woodton, Norfolk. His mother attended the established church. His father was not religiously inclined but was a man of great moral force of character.

At the age of 17, William moved to Loddon where he became an apprentice to a miller. It was there he started to attend PM services. He was asked to preach, but at first refused. Eventually, after making it a matter of prayer, he accepted the call. William spent 8 years as a local preacher, often travelling up to 20 miles on a Sunday to take appointments.

His obituary records that he had a passion for poetry.

He was an earnest, eloquent preacher and possessed a very attractive style; he was indeed a teacher, for treating his text in an exhaustive way, he brought the most abstruse thought very near; clearness he particularly aimed at.

His extreme conscientiousness was carried into every detail of his work; during the whole of his ministerial life he never wilfully neglected an appointment.