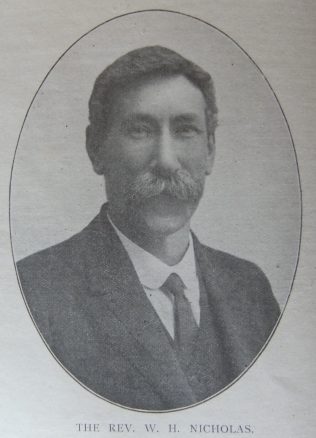 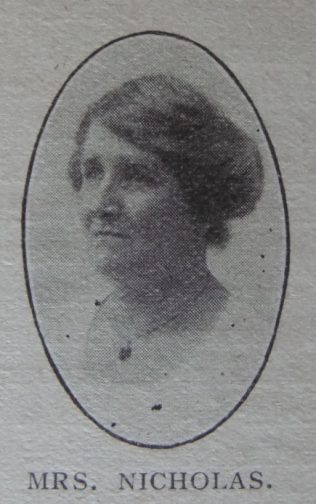 William was born in 1874 at Ketley, Shropshire, to parents Maurice Nicolas and Mary Steel. Maurice was a PM Minister.

William was educated at Bourne College and Wellington College.

William was brought to realise assurance of his salvation through reading one of Spurgeon’s sermons. He began to preach at the age of eighteen and two years later entered the ministry.

William’s obituary records that throughout the prime of his life he had a good voice, an ear for music, and a direct evangelical message which made him a popular gospel singer, and a powerful open-air preacher. Yet at the same time, because of his love of reading, his pulpit work was marked by scholarly and thoughtful exposition of truth and experience, and by a quiet earnest manner.

He was modest, unassuming, and free from self-advertisement. One for whom no task was too small.

A concern for the welfare of the community made him a keen advocate of temperance and other social reforms.

In circuit administration and various District offices he was cautious and sometimes hesitant in his decisions because so anxious to be right, but always devoted and painstaking. His last months were spent with his son, himself a Methodist minister.