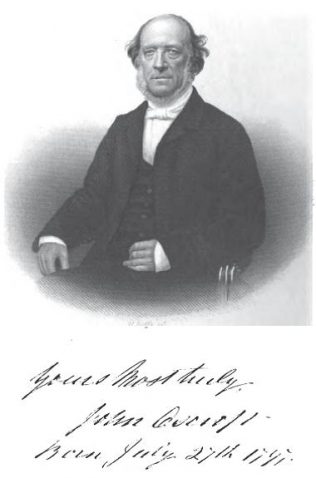 Kendall relates that John heard the preaching of James Moss on 4 January 1818 at Hucknall Torkard.

‘There the word took fast hold of him, and though his companions got him away to a public house as men carry off a wounded comrade that he might not fall into the enemy’s hands, he was so conscience stricken that strong drink proved no anodyne,, and he escaped from his would-be rescuers, and found relief and pardon while making his way home.’

In 1821, John Oscroft and Thomas Charlton were sent by the Nottingham circuit to mission the Kings Lynn area. Kendall reports that the work was initially very successful. In April 1822 a plan was printed that identified 57 places at which preaching took place. Sadly things declined after John moved on and W G Belham began anew in 1825. The cause of the decline was put down by Hugh Bourne to the ‘employment of improper persons’