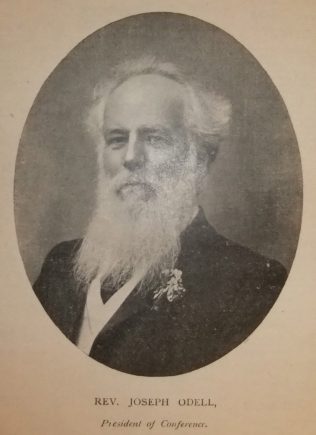 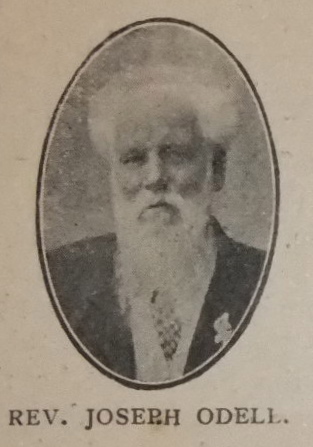 Joseph was born in 1846 at Dunstable, Bedfordshire to parents William Odell and Marie Facer. The family worked in the hat trade.

Joseph was zealous evangelist throughout his ministry. After appointments in London, he went to Gravesend which consisted of only the Church in the town and two cottage services outside.  He soon had two colleagues, and he left the station after five years with a further two suburban causes in rented chapels, the important town of Dartford missioned and a church erected, Northfleet missioned and a church erected, and membership more than doubled. He had also missioned Romford, an Essex town some fourteen miles distant.

Joseph was very proactive in the Temperance Movement working through the courts to prevent the granting or renewal of licences. In Brooklyn, four drinking saloons near his church were closed down and he was well known in Birmingham for attending licensing sessions.

Joseph was President of Conference in 1900.

Joseph was a great personality. His ministry was one of great power and rich in spiritual fruitage. He was not only a great evangelist, but he sought to make evangelists. The Evangelists Home was established in faith, and Joseph raised the means for its support.

J Petty, The History of the Primitive Methodist Connexion, 1880, p618