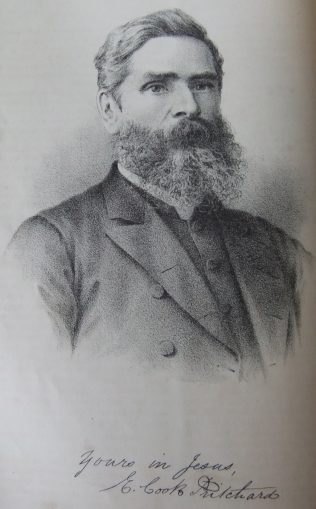 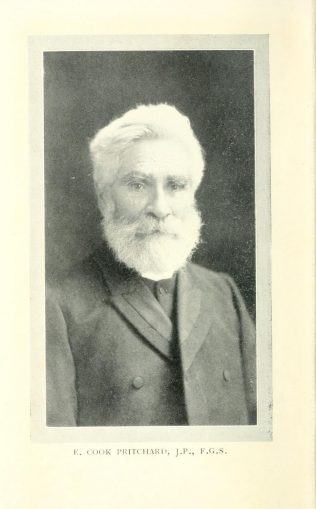 zoom
Inside cover of book

Edward was born in 1833 in Cheswardine, Shropshire, to parents Thomas Pritchard and Mary Grindley. Edward was baptised on 15 December 1833 at Chetwynd, Shropshire. His father, Thomas was a tailor and PM local preacher.

Before joining the ministry, Edward was a cordwainer (shoemaker).

Edward’s first appointment was the Plymouth (Devon) circuit. His evangelistic ministry there set the pattern for his future work in Australia. Appointed to labour in Australia, Pritchard arrived in Hobart, Tasmania on the Irene in 1860.

A noted evangelist, under his ministry many people experienced conversion, and church membership grew considerably. Many of these became leading Christian workers. Pritchard spoke at a large number of camp meetings where attendances were as high as 800. He regularly ascribed glory to God for the success of his missions. While at Newcastle, in 1868 he helped a number of local laymen establish the Primitive Methodist Church on the Macleay River. He was in constant demand as preacher at the opening of new churches. In 1886 he was elected president of the Primitive Methodist Assembly of NSW.

On returning to England, Edward became a  magistrate and a “Deed Poll” member of conference.

Under the Southern Cross; incidents and adventures of missionary life in Australia