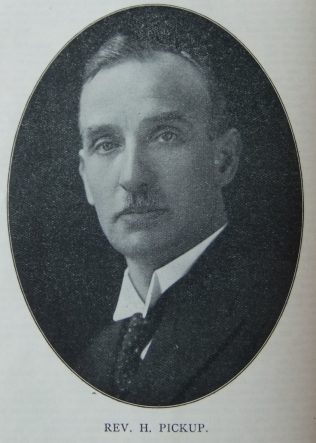 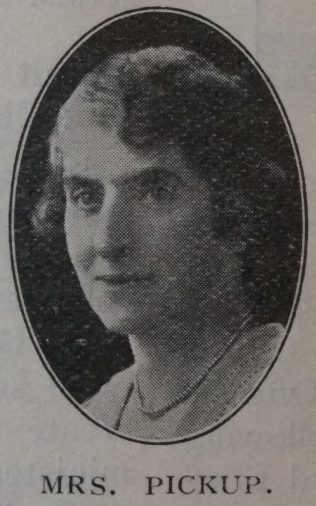 Holden was born in 1880 at Helmshore, Lancashire, to parents John Scott Pickup and Ann. John was a grocer, local councillor and a local preacher.

Holden served as district secretary for both Christian Endeavour and Orphan Home Committees.

His obituary records that he was the soul of modesty about his own vigorous ministry, preaching and pastoral concerns were everything to him, and he shunned official limelight. Trivialities had no place with him; he strove by study and friendship to make his point for the Gospel through the minds and hearts of his people. His reserved nature gave him a tender, sympathetic touch with folk that remained a lovely memory with many. At the same time this thoughtfulness could show itself in great firmness of principle and fearlessness in witness when occasion required.

Holden was a keen walker, a familiar figure on the hill paths to his appointments.

A slight seizure at the end of his active ministry rendered him unable to preach, but retirement revealed his graciousness even more. His faith in the sufficient Christ was untroubled and exemplary attendance at worship was a blessing and spur to preachers and people. Fellowship with him, in the home of his son and daughter-in-law, always enriched his visitors.

Holden married Nellie Shimmin (abt1883-1944) in the spring of 1910 at Bolton, Lancashire. Nellie was the daughter of Francis N Shimmin.