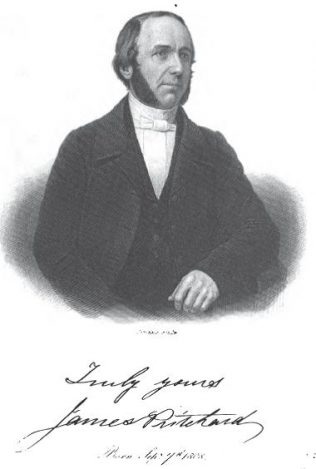 James was born at Great Barrow, Cheshire on 7 September 1808 to parents John and Anne. He was baptised on 16 October 1808.

Petty relates that the period when James was Superintendent in Birmingham marked a significant improvement in the work in both numbers, a modest rise, and in the  chapels built with associated  Sunday-schools.

He married again to Martha (b1823), sister of Margaret, and they had two children.

J Petty, The History of the Primitive Methodist Connexion, 1880, p490