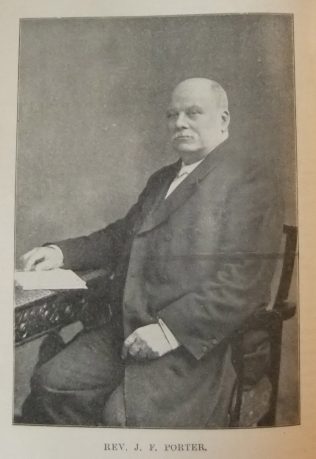 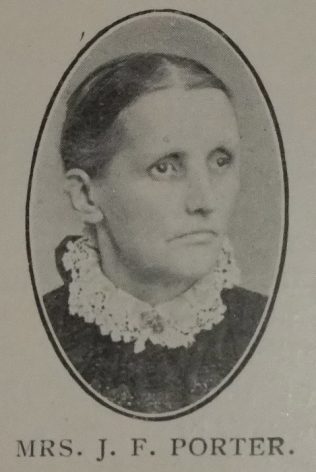 John was born on 25 October 1845 at Trimdon Colliery, Co Durham to parents Benjamin Porter and Margaret Fletcher. John’s parents were converted when he was twelve. His father became a local preacher.

John was converted in 1859 under a sermon preached by his father. John became a Sunday School teacher at Page Bank Colliery. In 1865 he was put on the plan by the Darlington circuit. After being recommended for the ministry, John attended Elmfield College in October 1866.

At the request of the General Missionary Committee, John went to Canada in 1870 and for five years was engaged largely in missionary work. His wife’s ill health brought his work in Canada to a close.

In 1877, John was appointed by the G.M.C. to open the North Bow Mission in east London. When he commenced work there, erection of a chapel had commenced in Driffield Road, but there was neither church nor congregation. During thirteen years on that station about 600 persons were received into church fellowship. Chapels were also erected at Smeed Road and Brookfield Road. During winter months free meals were provided from the Driffield Road and Smeed Road Schoolrooms. A ‘Sister of the People’ was employed in the social ministries of the station. By this appointment, John could claim to be one of the pioneers in the Connexion for the employment of such sisters.

John became trusted in the area, even to the point where trade disputes were referred to him for arbitration and settlement. John was the first and only PM minister to sit on the London School Board.

Whilst at Hackney, John was elected on to the Hackney Board of Guardians.

For several years John was one of the Probationers and Candidates Examiners and also Orphanage Secretary for his District. In 1901, he was elected to the role of Secretary of the Orphanage by Conference. During his time of office the orphanage was enlarged and a second site procured for a new orphanage in Harrogate.