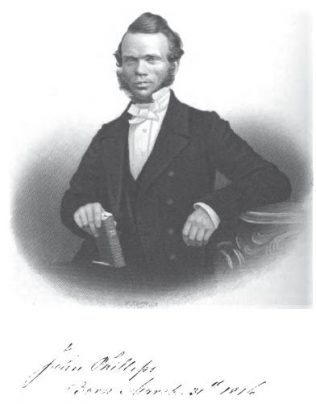 John was born on 31 March 1816 at Weston, Lincolnshire. His father died a month before he was born. His mother, a Wesleyan, died aged 95.

In boyhood, John had several narrow escapes from death – he was nearly drowned – he was poisoned by eating berries of deadly nightshade – he was kicked by a horse which caused a disfigurement of the face.

John attended Moulton Free Grammar school between the ages of 10 and 13. He was converted aged 16 and entered the ministry at the age of 19.

From his youth, John was known as a popular speaker, being fluent and impressive in all his public utterances. During his ministry his stations recorded an increase of 900 members.

His obituary records; ‘He was always remarkable for preciseness in matters of business, being scrupulously particular almost to a fault.’